Ever since I was a child, I have had a lot of energy, loved to tell stories and found it easy to stand in front people and talk. I have always loved talking.

I started as a child actor in various family musicals in a nummber of Stockholm theaters. Then it became TV. From assistant, to weather presenter to television host. It has been my job since 1992. For several years I have worked as a moderator for various corporate events. I began to lecture in connection with my first book “Strong In Body and Mind”. My third book has just been realeased.

I work as a leader and lecturer on Springtime training trips, I built an app to facilitate everyday life and make it a little bit more fun, I collaborate with different companies and produce products I like and really use.

I have just entered into a partnership for a clothing line called “Under The Same Sun”. I am passionate about seeing how we can bring in people’s different personalities in schools and work place. That we will see people’s strengths instead of their weaknesses.

I am an ambassador to the Cancer Rehab Foundation. They do grreat work in helping people who are affected and treated for cancer to come back to life. Above all, I’m the mother of two great sons. It’s my happiness and my energy. I have a lot of energy. I enjoy my creativity and having a lot to do. For this reason, it has been extra important for me to organize my life. And if I encounter problems then I don’t get stuck but find a solution. It keeps me on track. Life is so exciting!

Kristin started the year by hosting the “Idrottsgalan” (The Sports Gala) for SVT. Kristin has now hosted 11 of 22 Idrottsgalan.

Her podcast is increasing in listening and is now one of Sweden’s most listened interview podcasts.

During January and February, she and her sisters completed the book about their mother “Our mother Lill-Babs”. For Kristin, it was important to write the book and says:  “Mom inspired so many. If I can continue to help her inspire by telling  what an amazing mother she was and is in combination with a career, I will do it more than happy. In addition, my mother’s kindness needs to be spread. The world needs it ” 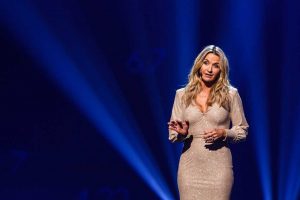 Kristin hosted the “Idrottsgalan” (The Sports gala) for the tenth time for SVT.

During the year, she continued to release one episode a week of her podcast “Kristin Kaspersen Nyfiken På”.

In September, the jury work for “Svenska Hjältar” (Swedish Heros) began, where Kristin once again was the chairman of the jury and also hosted the gala which was broadcast on December 17 on TV4.

During the autumn, Kristin began writing the book about her mother together with her sisters Malin Berghagen and Monica Svensson. A tribute to a fantastic mother. The book is called “Our mother Lill-Babs” which is released in April 2022. 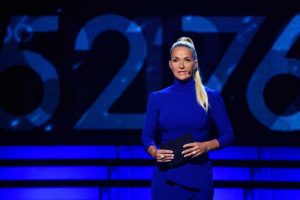 Kristin was the host of the “Idrottsgalan” (The Sports gala) on SVT in January.

In the spring, she began writing the book “The way to lead myself – via paths, mountains and thickets” which was released in December 2020, both book and audiobook.

In August, she started her podcast “Kristin Kaspersen Nyfiken på” where she talks to people with different knowledge, experiences and life stories that Kristin is curious about, known and unknown people. One episode a week and it’s released on Sundays. Kristin produces her podcast together with Perfect Day Media.

During the autumn, she was chairman of the Jury “Svenska Hjältar” (Swedish Heros) and was the host of the gala which was broadcast in December the same year. 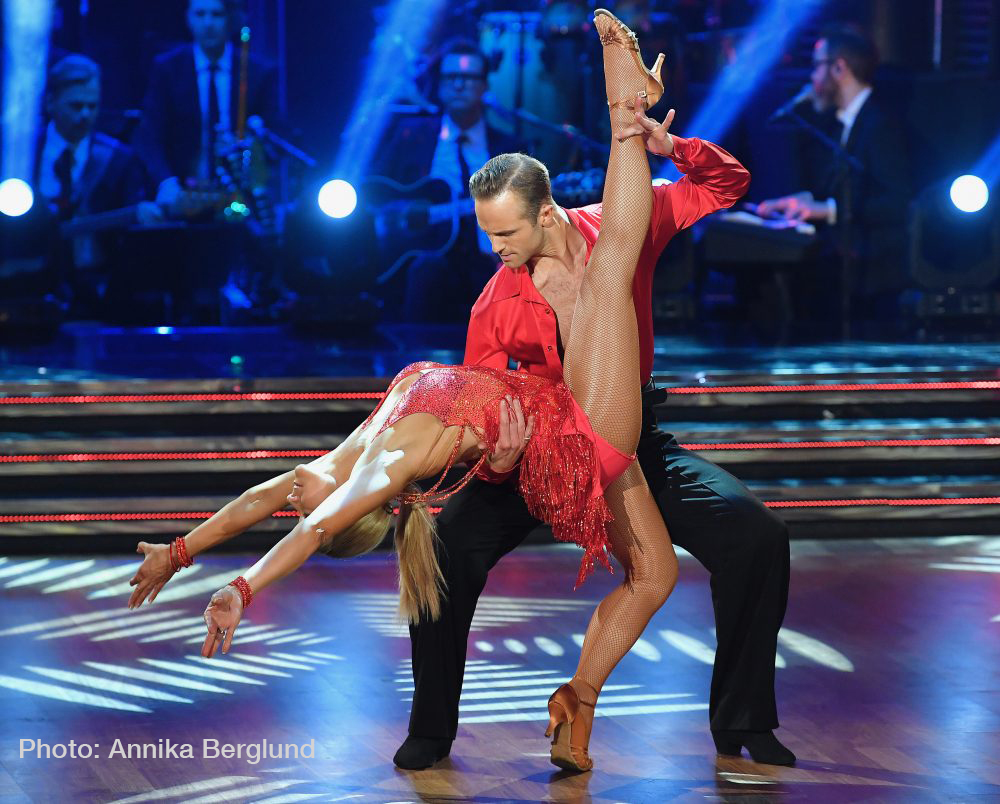 Again the year started with Idrottsgalan (The Sports Gala) for SVT who this year celebrated their 20th anniversary for the show. Kristin hosted together with David Sundin.

Kristin went to Bangladesh in January and did a piece for UNICEF that was aired in “The Worlds Most Important Day” on TV4 in May. A trip that had an enormous emotional impact as she visited the largest refugee camp in the world. 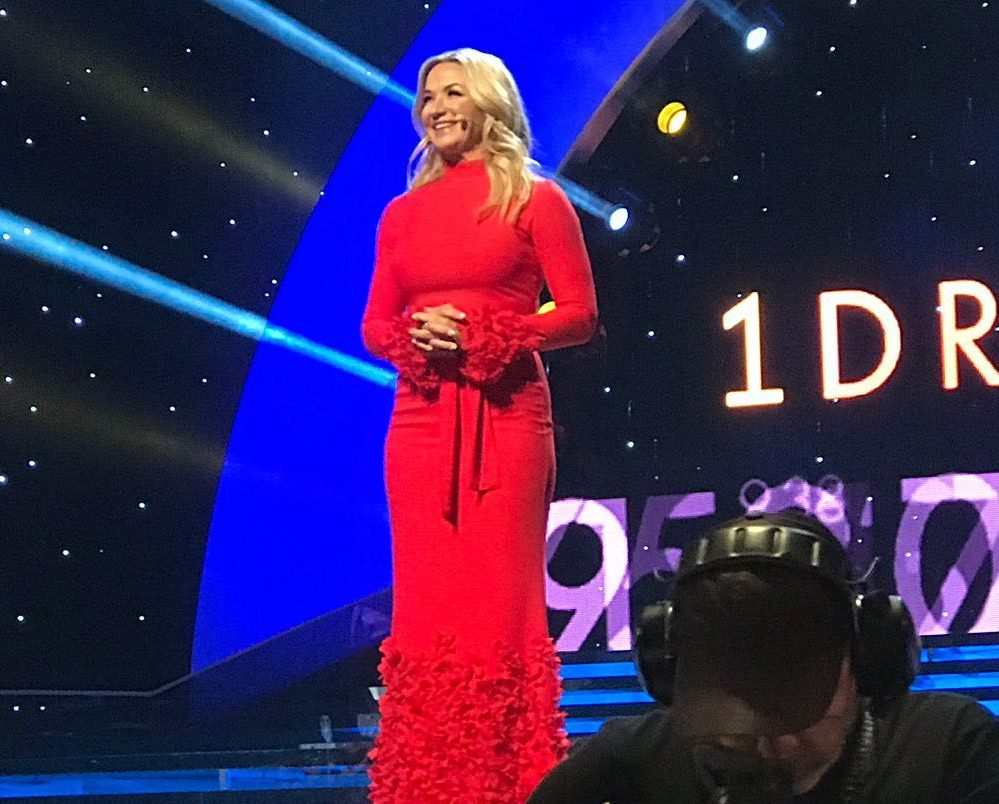 Kristin started the year off in January by hosting the Sports Gala (Idrottsgalan) for the Swedish Public Broadcaster SVT. It was her seventh time hosting this event.

During the spring there were some lectures and moderator jobs but due to some family grief in the spring, Kristin decided to take a break until the autumn where she continued to lecture and work with her various companies. Kristin also started her third level of a management course, NLP Business Practitioner. The course ran from November 2018 to November 2019.

In November Kristin was asked by Harper Collins and their publisher Carina Nunstedt to write a book, Kristin´s fourth so that job started in December. 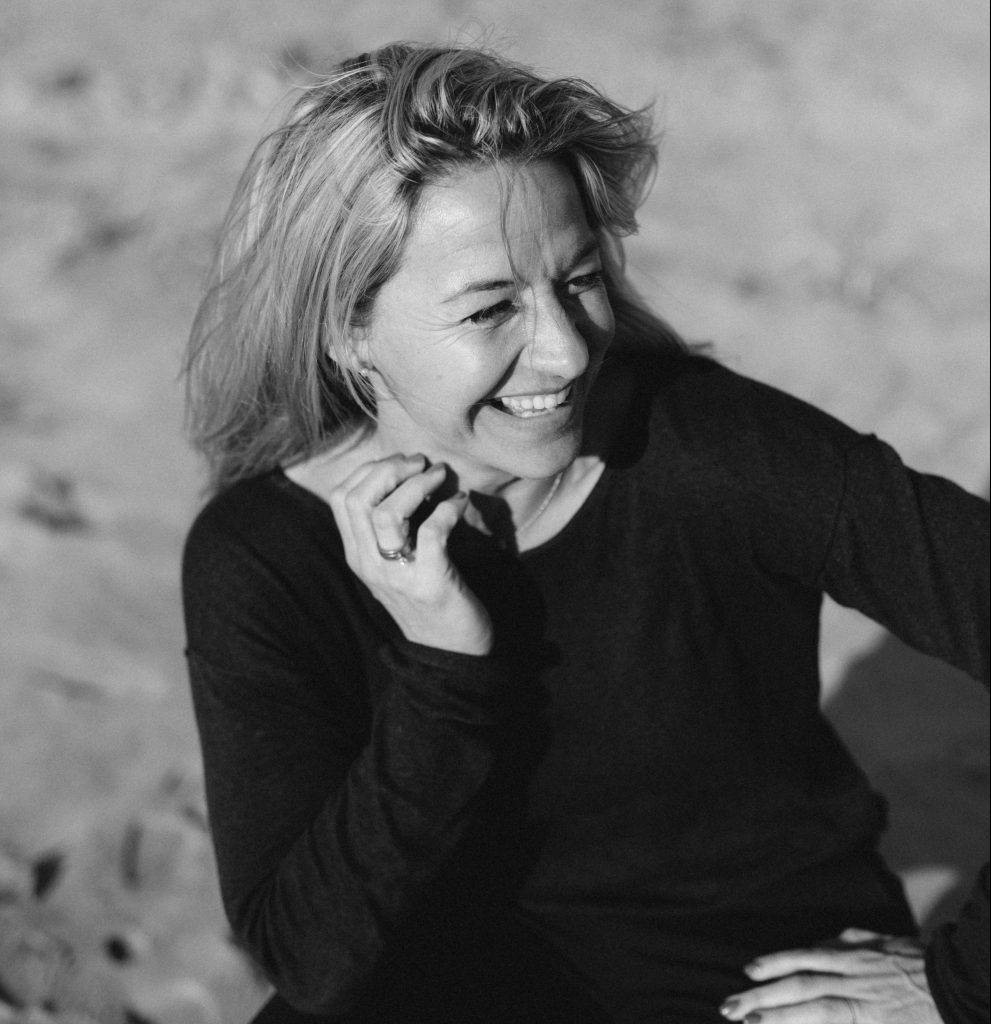 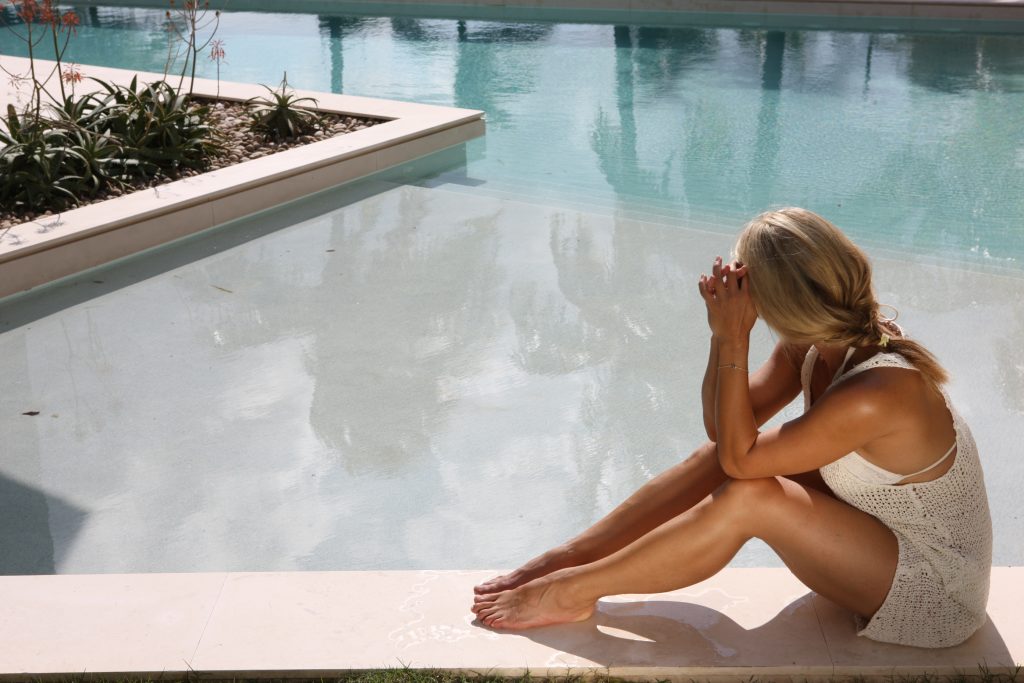 Kristin was back again hosting the Idrottsgala after 10 years. A gala she loves, partly because Kristin hosted for the first three years together with Leif “Loket” Olsson and then two more with Peter Jidhe, but also because Kristin loves sports and to celebrate our fantastic athletes for their achievements. This year she hosted the gala herself.

During the spring Kristin has toured as an inspirational speaker which is something Kristin is very passionate about. In addition, she started a collaboration with Paradise Workshop and Designer Maja Lindahl during the spring as she designed a breakfast set (cups and plates) called Morgon Grå.

She has together with Bookbinders produced notebooks with her own text and together with 3 friends taken over “Under the Same Sun”, an eco-friendly clothing company focused on training, beach and surf wear. During the spring, she travelled to Portugal for a week with Springtime Travel as lecturer and coach.

Kristin started the year with “Cancergalan” on TV4 hosting together with Bengt Magnusson and Tilde de Paula Eby. From January 1, Kristin is freelancer and is no longer attached to any broadcaster. Kristin continued to do Vardgaspuls in the spring that was then broadcast on TV Expressen. During the summer Kristin signed a contract for a new book with Bonnier Facts, a book titled “Good Morning”.

Together with photographer Katarina Di Leva, Kristin began writing and shooting pictures for the new book. A work that continued in a slow pace during the year as Kristin was on sick leave due to her burnout.  During the fall, Kristin Linyoga teacher training for Ulrika Norberg, not really to become a teacher but because Kristin wanted to learn and understand in which way yoga helps the body while writing the book “GOOD MORNING”.

During the year, Kristin hosted Vardagspuls on TV4, a show on health, nutrition and exercise in our daily lives. In August, Kristin’s second book, “Good Food” was released, a cookbook with a good, simple gluten-free diet. Kristin had a number of book signings and lectures during the fall. Together with Tilde de Paula Eby, Kristin did “Together Against Cancer” on TV4.

The plan was that see she would tape another season of Biggest Loser but due to exhaustion, Kristin decided to decline and focus on regaining her strength and have time to recover. During the year, Kristin made two trips with Springtime Travel as lecturer and coach. Ran the Girl Mile in Oakley Woman K in New York with Springtime in June.

Kristin again occasionally anchored the Morning News on TV4. She also hosted The Biggest Loser and Together Against Cancer with Tilde De Paula Eby. During the year, Kristin lectured on “Strong in Body and Mind” which is the title of her first book that came out in 2013. Kristin was also a coach and lectured on Springtime’s training trips. In addition, she ran the Brooklyn Half Marathon in May and Central Park Girl Mile in June together with Springtime. 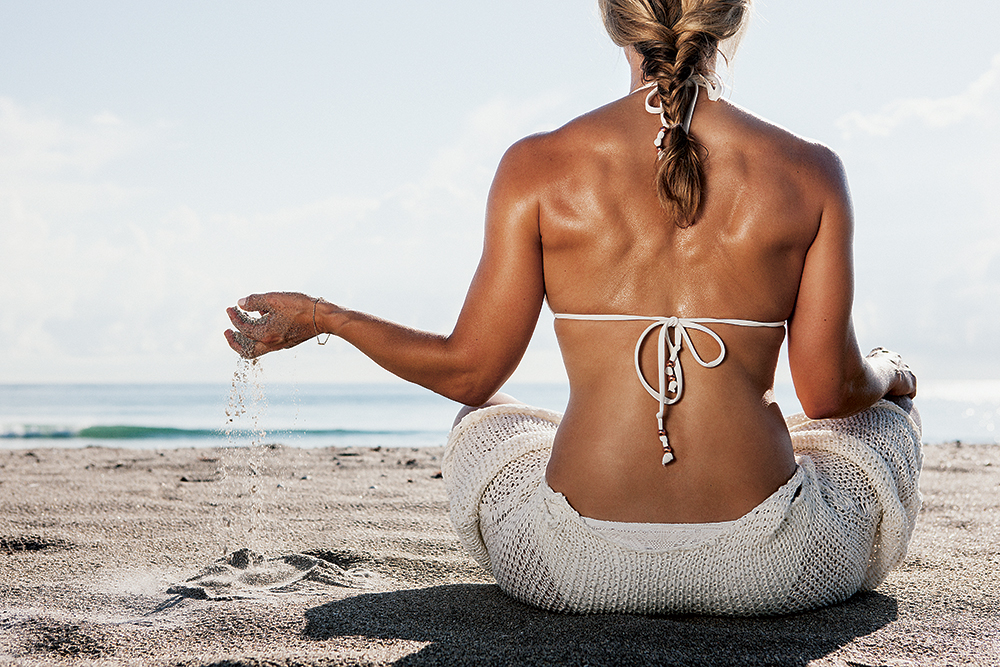 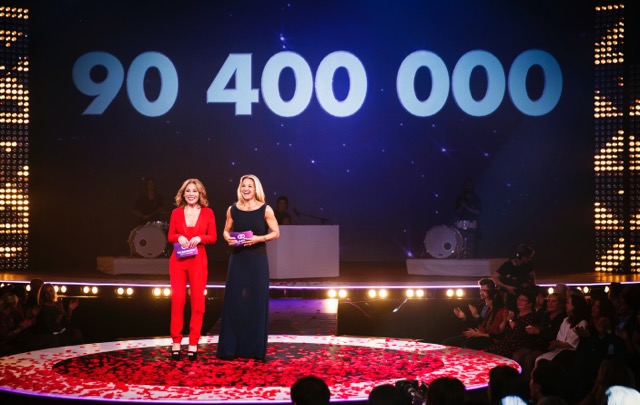 During the year you could occasionally see Kristin on the Morning News on TV4 as a substitute host. Biggest Loser and Find My Family on Sjuan. The book about exercise, diet and health comes out after the summer. In November, Kristin reached a big goal when she ran the New York Marathon on November 3for the first time. One of her biggest achievements ever!

Taping of Biggest Loser Sweden 2013 on Sjuan. In addition she hosted some episodes of Spårlöst (Find My Family).

During the fall Kristin has a book about training, diet and inspiration that was released in 2013. 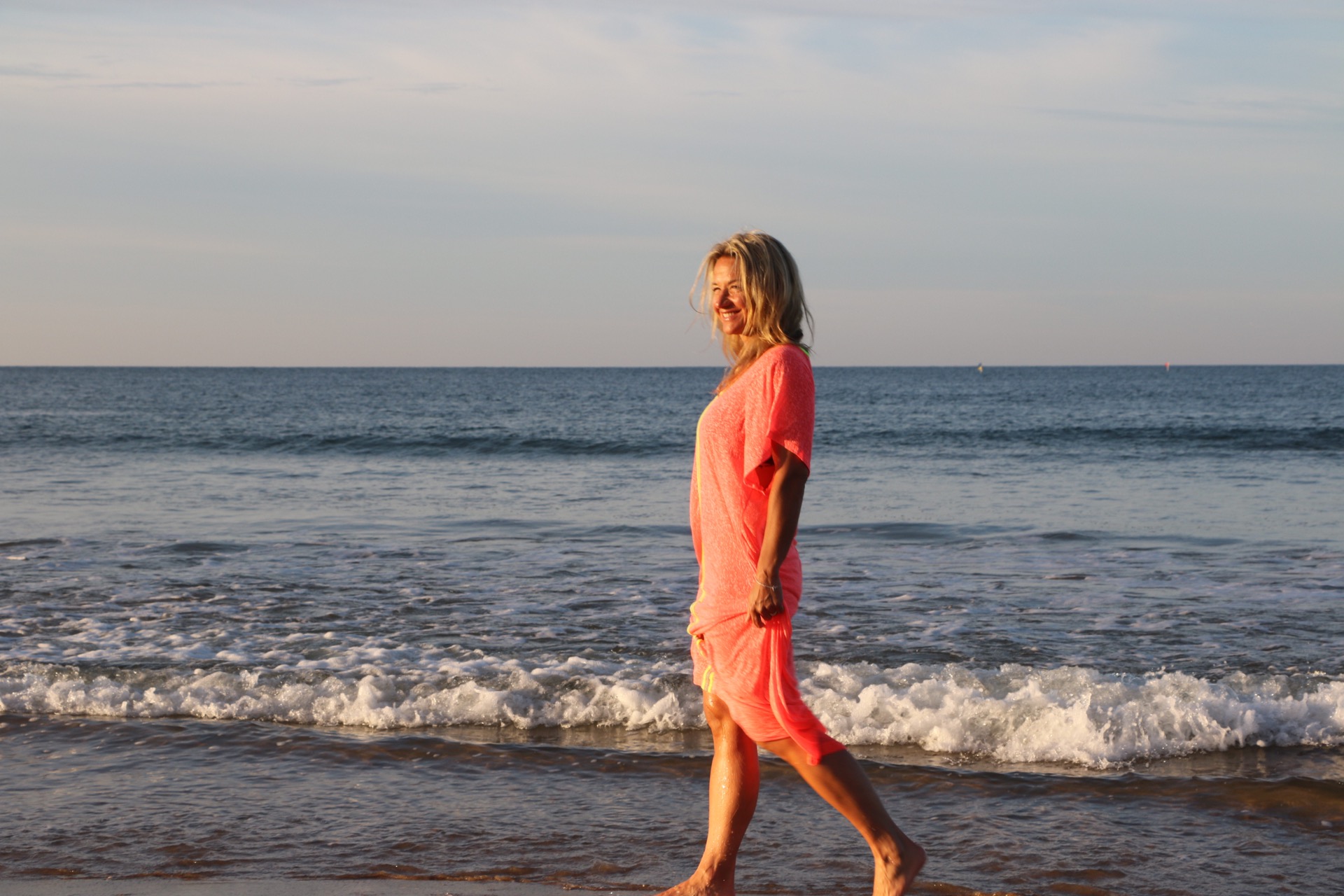 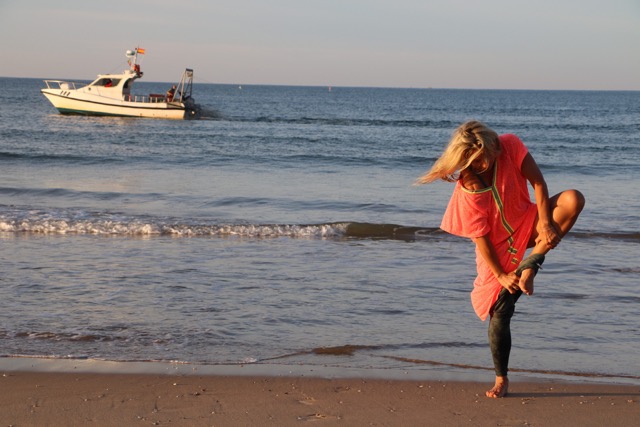 During the summer of 2011 Kristin became ambassador for a health project that TV4 featured. She produced 5 segments that was transmitted on the Morning News where she tried out 6 different sports. In December she hosted Eldsjälsgalan for TV4, did the Morning News daily and in the fall News Morning Sunday.

In 2007, Kristin again hosted the Sports Gala and up until 2012 anchored TV4’s Morning News. In 2009, Kristin hosted Årets Kock (Chef of The Year), Humorgalan and the National Celebration at Skansen. In addition Kristin is an inspirational speaker as well as a moderator.

In 2006 Kristin hosted the Idrottsgalan (The Sports Gala), the documentary, Det handlar om ett barn (It’s About a Child) and the opening ceremony of European Championships in Gothenburg together with Jonathan Edwards, which was broadcast LIVE throughout Europe.

On top of her fulltime career, Kristin has also studied journalism for three semesters at Poppius Journalism School.

In January 2003 Kristin found her way back to TV4. There she served as host for Cancergalan 2003, Fångarna på Fortet 2003 and 2005, as well as three seasons of Vinnare V65. Kristin has also worked with Radio.

Kristin’s son Filip was born and she was on maternity leave until the autumn of 1998. She then became the host for Swedish Television’s show Söndagsöppet (Open on Sunday) where Kristin interviewed celebrities such as Tina Turner, Cher, Tom Jones, John Cleese, Phil Collins, Scarlett Johansson, Seal and Brian McKnight. She hosted the show for two years together with Ulf Larsson. 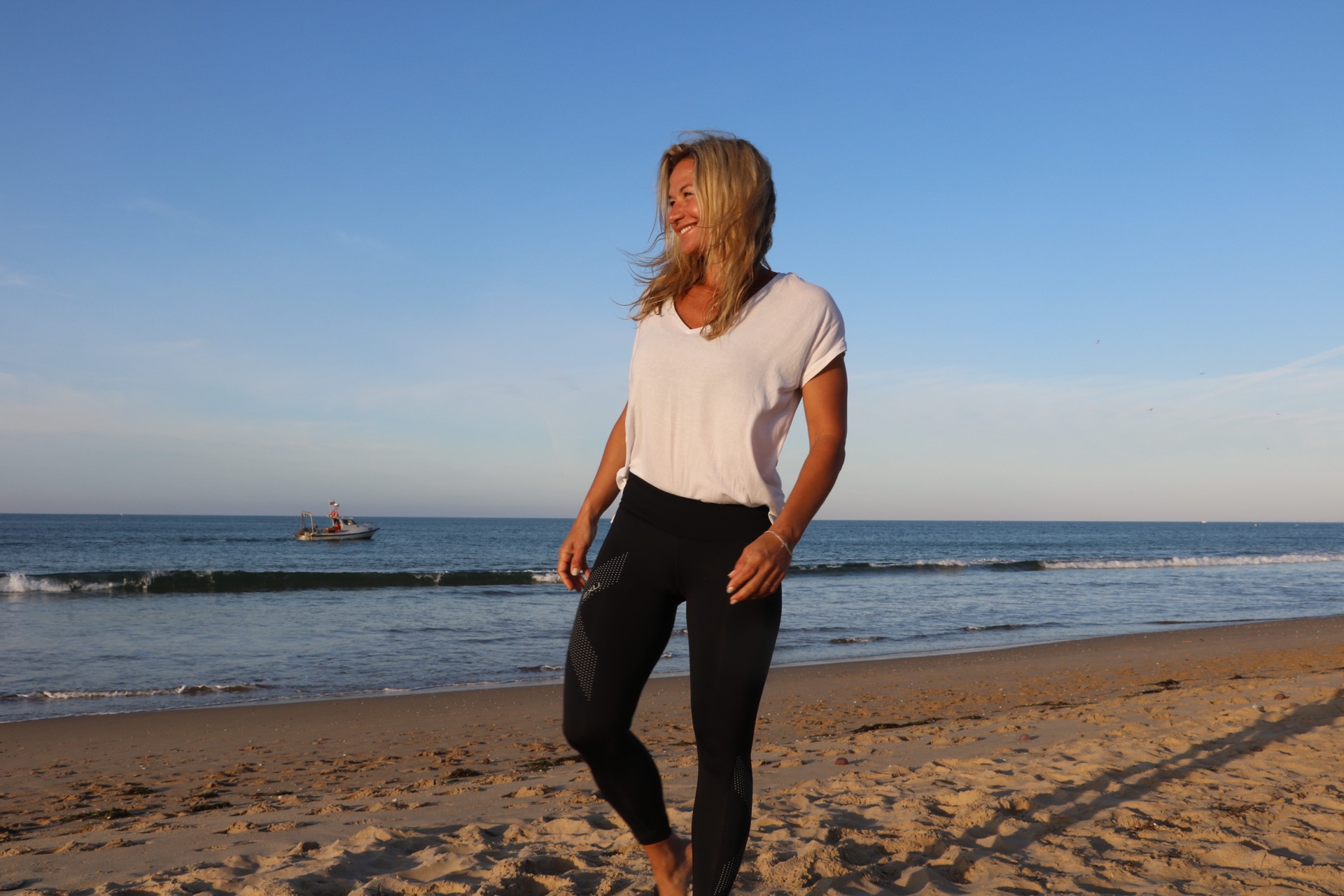 Kristin hosted the LIVE shows Sommar på Gröna Lund (Summer at Gröna Lund). This was followed by Uppdraget (The Assignment) which ran on TV 4 until the spring of 1995. In September of the same year, Kristin became the youngest person to receive the Hyland Prize for Sweden’s most popular TV personality, as well as the TV Prize for most popular female host from the Swedish newspaper Aftonbladet. After Uppdraget, she served as host for Livet är en fest (Life Is A Party) and Superstars between 1995 and 1997.

Kristin flew to London and began her career in front of the camera: She became a weather presenter for TV3 Norway (Kristin speaks Norwegian also). A year later, she traded the fast pulse of London for the natural beauty of Åre, a ski resort in Sweden close to the Norwegian border. There she worked as the host for ZTV’s show Station Åre, which opened opportunities with the bigger television channels.

Kristin made her stage debut at the age of 11: She played a schoolgirl and a sailor in the musical Pippi Longstocking at the Folkan Theater in Stockholm. She then appeared in the musicals Mio, My Mio, also at Folkan, Emil from Lönneberga at Göta Lejon theater and Pinocchio at the China Theater.

She then worked as a bartender and waitress in Stockholm and Oslo for several years. During spring 1990, she studied to become a stewardess for Transwede airlines. She worked there for six months before she got the opportunity to work in TV. (It had been her dream ever since she was a five-year-old girl, sitting on a studio floor watching her mother, Lill-Babs, work in a number of different TV shows). Kristin started with an internship at Tonight Robert Aschberg, which was broadcast on TV3. Dragging cables and making coffee were some of her duties. She would also help out bookingguests and do research.